Marine Startups
Home Startups Evolution of piracy at sea: pirates in maritime 2020
Facebook
Twitter
Linkedin
The stereotypical image of a pirate is a middle-aged man with an eyepatch, a tricorn hat, and possibly with a hook instead of hand, like Captain Hook’s. Classical literature such as Treasure Island and cinematographer with Captain Jack Sparrow have endeared pirates and made heroic their mythical status. But real pirates aren’t like the “cartoonish” version. Sea pirates were and remain, people, you wouldn’t want to be within 20 yards of. Sea pirates are people whose sole purpose is to rob and steal any ship that passes through their territory.

Pirates at sea were a hindrance to sailors and merchants all the time. Parallel to the existence of maritime transport and maritime trade, piracy exists. Marine piracy has spread deep in the waters of Europe, Southeast Asia, East Asia, South Asia, the Persian Gulf, Madagascar, the Canary Islands, North America, and the Caribbean Sea.

The history of sea pirates

Ancient sea piracy consisted of stealing and trading any goods the pirates found on captured ships. Initially, piracy was about survival, not profit. People often end up in pirate fleets because of their poor financial situation, inability to pay an inflated amount of tax or avoid death.

Pirates were a regular trove of thieves who found ships that happened to be in the wrong place at the wrong time) And strangely, these ruthless pirates never let women on board because of their belief in superstition. The women were believed to have wreaked havoc and were unfavorable to the pirates. Therefore, women who wanted to be pirates often had to disguise themselves as men to join the “sea insurgents”.

The evolution of pirates has turned from those who wanted to make a living into criminals who want to cash in and make a profit. The evolution of sea pirates was a dramatic result of gradual changes in economics and technology. Currently, pirates use advanced weapons and ammunition. Pirates use light and fast motorboats to quickly sabotage their target. “Mothership” waits on a short distance to help the pirates.
Pirates now engage in piracy of goods of commercial value such as oil, drugs, alcohol, expensive clothing, and even antique items. These evolved pirates have even worked a way around old superstitions about female pirates. Smart pirate gangs now use so-called “delicate and delicate” women to infiltrate the ship’s crew and sometimes learn confidential information about cargo ship arrivals and departures. Today, Piracy is an extension of terrorism.

Pirates don’t stop just for commercial goods, in some regions they keep the crew of the ship hostage for days or even years until the shipping company, shipowners or even foreign embassies would not accept their requirements.

The evolution of sea pirates in the modern era has made it difficult for ReCaAP (Regional Cooperation Agreement against Piracy and Armed Robbery against Ships in Asia) and other anti-piracy organizations that are set up to curb maritime piracy.

Pirates in 2020 are a manifestation of growing capitalism, lack of job opportunities as well as illiteracy. These new age robbers, with knowledge of the latest technology and weapons, are a step away from causing global terror and wreaking havoc on the ground.

Modern pirates rely heavily on technology on board. Whether it’s desktops, radars or any other hardware that’s connected to the outside world. Pirates use the technology to gain access to systems on board the ship and thus gain useful information. Because of this, maritime cybersecurity has become a global issue.

There is a 24% increase in piracy due to the current COVID-19 pandemic, wich has shut down many businesses and job opportunities around the world, leaving people from lower financial structures struggling to make ends meet. The temptation of a little quick money led many to choose the illegal path.

What seafarers can do with piracy?

Eliminating or curbing piracy can prove extremely difficult. While the piracy situation everywhere seems bleak, we can take a number of measures to reduce the impact of piracy on maritime logistics. Laws: Strict laws need to be enacted and enforced against piracy. Laws requiring public punishment. Do we know what the use of laws written on a piece of paper is to a person who is illiterate? New laws or amended laws do not exactly guarantee an end to piracy, but they can certainly help in ensuring that the educated remain out of this illegal activity.
Safe navigation: There are navigation systems that share pirate data with different sources, identify areas with potential piracy risk, and build the route of the ship’s traffic in bypassing them (as in bypassing the storm). Systems such as Marine Digital FOS not only predict and signal danger, but offer several options for route of the vessel. The captain and managers in the spiking company only have to choose the right solution that the routeplanner offers.
Self-defense: The ship’s crew must be well trained and focused on conducting anti-piracy exercises. For a ship to be truly safe from pirates, you need people who can fight attacks on the ship. In addition to this, blocking strategies (rather than those implemented during COVID-19) must be trained by the crew so that in the event of an attack they can ward off the pirates.

Ship bodyguard: A cargo ship or tanker can be sent into the waters along with several other vessels for protection. These “bodyguard” ships may hold the nation’s naval forces. In the event of a pirate attack, bodyguard/”ship guards” ships can deal with pirates while a real freight/tanker continues its journey.

Read more about What seafarers can do with pirates at sea?
Marine Digital for Marine Startups 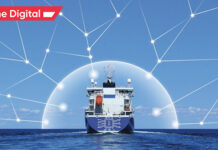 Data Mining on ships. What does it take to leverage Big Data in maritime logistics? 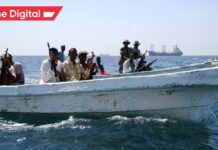 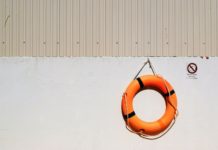 Maritime companies turn to technology and start-ups to improve safety

Is Additive Manufacturing the future of Marine and Maritime Industries?

Maritime companies turn to technology and start-ups to improve safety