AR/VR/MR and other *R technologies have been around for quite a while and a lot of applications where envisaged since the early days of Star Trek but new technologies and devices made a lot of those sci-fi dreams a reality. People that had the chance to play with technologies like the ARToolkit in their early days were amazed (including myself) with the ease of creating applications that could take advantage of the tech you had in your pocket.

However things did not turn out as bright as expected (yet). Most (if not all) of the AR technologies struggle and many of the startups are going down, according to this TechCrunch article. In eerie resemblance to Google Glass people seem to have little interest in immersing in non-functional worlds. There’s plenty of work to be done and despite the progress especially in the backend, things are not so bright in the short term.

Of course there are several legitimate industrial and military use cases although few have proven their value instead of being solutions looking for problems.

There’s no doubt that a visually enhanced environment is in the future of our private and professional lives but there’s much more effort to be made to bring the progress and unfortunately failing startups will discourage investors. 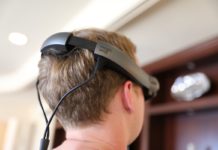 Bummer: not everything is bright through the AR headsets 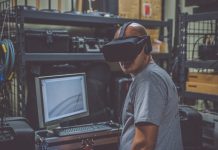 Varjo is changing computing for good

10 Global Insights into a Transforming World