Last year China stepped up its investment in hydrogen production for mobility taking some spectacular steps. China is one of the largest producers worldwide but its production depends of fossil fuels. As China would like to reduce its dependency on (imported) fuels it is aggressively investing in producing hydrogen from renewables. I see this as a form of efficient energy storage, kind of a hydrogen battery.

But China is not alone. Australia is set to see a massive expansion of renewable hydrogen production, after a $300 million project destined for Western Australia succeeded in securing investment funding.

The project is being developed by Perth-based company Infinite Blue Energy, which is planning to build what will become Australia’s largest hydrogen production facility using supplies of wind and solar energy.

The Arrowsmith Hydrogen Project, which will be built at a facility in the town of Dongara, located 320km north of Perth, is expected to produce 25 tonnes of green hydrogen each day, powered by wind and solar. 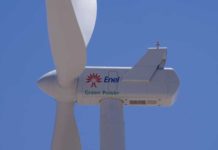 Enel to launch hydrogen business as part of green drive

How will the world look like in this decade for shipping?