When you think of nuclear energy, you probably envision a massive reactor and the vase-shaped cooling chimneys associated with such structures. These large-scale reactors produce thousands of megawatts (MW) of energy used to power cities and whole regions.

For example, the Darlington nuclear reactor east of Toronto is comprised of four units and a 580 meter long turbine hallway that generates 3,512 MW of power, supplying 20 percent of Ontario’s electricity.

While massive reactors like Darlington produce enough energy to power a province, small modular reactors (SMRs) use the same nuclear fuel on a reduced scale to generate electricity and energy for mining projects or remote communities.

Nuclear energy has long been touted as a green energy alternative, but unfortunately due to the quantity of uranium that large-scale reactors use and the complexity of the cooling components of reactors, there have been a handful of incidences where reactors have partially or completely melted down.

Most recent is the Fukushima Daiichi nuclear meltdown of 2011, which ranked as a level seven nuclear disaster, the same ranking as Chernobyl.

However, due to their scale and the small amount of uranium they use, SMRs aren’t even in the same category when it comes to any risk posed by the technology. 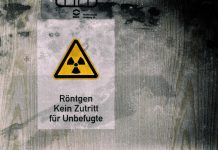 Engineering Simulation in the Spotlight of Product Design and Development

Spire and VesselBot focus on vessel tracking and monitoring