The role of marine transport is more important than ever in maintaining the sustainability of national economies in the current crisis. Below are 6 maritime navigation problems that Marine Digital can help shipping companies

Some facts: Shipping is responsible for 18-30% of global nitrogen oxide (NOx) pollution and 9% of global sulfur oxides (SOx) pollution. 70% of all ship emissions occur within 400 km of land. 85% of all pollution from ships occurs in the Northern Hemisphere.

Engines on the world’s largest liners can be as high as a four-story building and as wide as three London buses. Thus, a lot of fuel is required, which in turn creates a large amount of CO2.

Carbon dioxide is an example of greenhouse gas. The greenhouse gas effect is the process by which gases such as CO2 trap heat in the atmosphere and heat the planet.

According to the latest figures from the UN International Maritime Organization, international shipping accounts for about 2.2% of all global greenhouse gas emissions and 2.1% of CO2 emissions.

According to the latest data from the European Commission, Germany’s CO2 and greenhouse gas emissions are about 2.2% and 1.9% of the global total, respectively – about the same as the international shipping industry.

We at Marine Digital are developing a software and hardware solution that optimizes the voyage of the vessel in order to reduce GHG emissions into the atmosphere. Our AI advises the vessel operators in real-time of the current emission values from the vessel and also suggests changes which could bring down these numbers.

Some facts: It is estimated that energy consumption by ships and CO2 emissions can be reduced by up to 75% through operational measures and the introduction of existing technologies. Increased energy efficiency means less fuel consumption and therefore lower emissions.

Reducing fuel consumption and carbon dioxide emissions are two major challenges for the shipping industry today. Much has already been done in terms of research and development to create the ideal environmentally friendly ship. From renewable/alternative energy sources to design modifications, the industry is constantly improving its technologies to improve the sustainability of shipping.

Fuel Optimization System (FOS) is the main product of our company. By applying modern artificial intelligence technologies, processing big data by collecting data from various sensors on the ship in real time, FOS offers the best routes and recommendations for speed, maneuvering, etc.

3. Lack of weather routing and unstable estimated time of arrival.

Some facts: IMO has publicly stated that using weather routes saves at least 3% fuel, not counting time savings. For some ships, such as container ships, this number rises to 10%.

Weather routing is done by collecting oceanographic and meteorological data, data from meteorological satellites, and good forecasting techniques. A navigator’s first resources for weather-based route planning are pilot chart atlases, nautical publications (planning guides), and other climatological sources such as historical weather tables. These publications provide climatic data, such as wind speed and direction, wave frequency and ice caps, for the world’s major ocean basins. They can recommend specific routes based on probabilities, but not specific conditions.

Weather routing uses the actual weather and weather forecast for the area of the proposed passage. We use this information to guide you along the passage.

Optimal ship route is the art and science of developing a “best route” for a ship based on existing weather forecasts, ship characteristics, ocean currents, and specific cargo requirements. For most transits, this will mean minimal transit times, avoiding significant risks to the vessel, crew and cargo. Other route considerations may include passenger comfort, fuel economy, or schedule adherence. The goal is not to avoid any adverse weather conditions, but to find the best balance to minimize travel time and fuel consumption without putting the vessel at risk of weather damage or injury to the crew.

Marine Digital navigation system takes into account weather conditions when planning a route. For prediction, modern mathematical models and historical data from satellites are used to simulate the conditions against the vessel’s digital twin. Numerous simulations are performed to attain the most optimum track.

4. Lack of transparency in asset performance.

The ship’s performance is collected from the ship’s control system and the many IoT sensors on the ship, which are recorded at frequent intervals and processed in real time. Selected information is displayed graphically using a clear and concise design that immediately focuses the crew’s attention on key elements. For example, generators’ load against the current power consumption can show if there is a need to run all the engines, thereby allowing ship staff to make informed decisions. The hardware onboard can easily be integrated to any sensor output to retrieve vital data, this helps us meet ever-changing customer requirements and government regulations.

The vessel performance monitoring system allows you to monitor in real-time the impulses from all the connected machinery on the ship, as well as receive the AI-tailored intelligent notifications about the deviations.

5. Lack of transparency in the operation of ships and voyages.

The liner shipping industry is facing unforeseen severe port congestion and ship delays around the world.

The situation is exacerbated by an acute shortage of tonnage, forcing carriers to make idle runs from China just at a time when these runs could generate record revenues.

The twin ports of Los Angeles and Long Beach in the United States have been hit hardest as they receive unprecedented import volumes just as COVID19 has cut the number of dockworkers and truckers.

In order to continue to offer weekly flights, carriers are forced to increase the round trip time of their services by at least a week, which requires an additional vessel for each service.

The Marine Digital solutions will allow the ship manager & vessel owners to track the movement of all ships under control and predict the time of arrival of the ship at the pilot station with high accuracy. Thanks to modern algorithms for building routes and calculating ETA taking into account weather conditions, sea conditions & vessel performance. Fleet Managers can make use of the Route Optimization to know the possible routes and their ETAs by varying Engine parameters.

The National Transportation Safety Board, during a public meeting on Tuesday, determined that an inadequate preventive maintenance program and a lack of advice on how to respond to high-temperature engine conditions led to a fire on January 14, 2018, aboard the small passenger ship Island Lady in the river Pitlahascoti, near Port Richey, Florida.

The Island Lady is a 72 feet long passenger ship operated by Tropical Breeze Casino Cruz, LLC. Used to transport passengers and company employees to the Tropical Breeze I casino boat. On the day of the fire, the Island Lady was with 36 passengers, a crew of four. , two “preliminary staff” and 11 other staff members. Of the 53 people on board that day, 15 were injured and taken to local hospitals. One passenger died a few hours after the fire. No contamination was reported in connection with the accident, and the damage to the Island Lady resulted in the $ 450,000 vessel being declared a constructive total loss.

Marine Digital uses machine learning algorithms to predict the breakage of various parts on a ship. The hardware equipment installed on the ship and aggregating all the necessary data from telemetry makes it possible to predict with high accuracy the potential breakdown on the ship and prescribe maintenance jobs. When breakdowns occur on the voyage, there is a risk of being late due to the repair or high cost of spare parts in ports where there are no proven suppliers. Predictive maintenance can alert a ship staff about a failing machinery well in advance. This helps in procuring the spare parts and carrying out repairs in an economical way.

Marine Digital developed the Supply Chain management system and have formed 4 solutions that are suitable for charters, shipowners, and fleet managers of different types of vessels for: 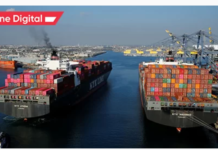 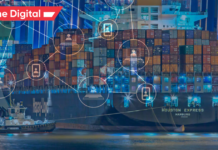 Digitalization in the maritime / shipping industry 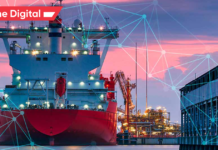 Innovation design from Accenture: 4 principles to start and maintain