The largest ocean area where plastic is concentrated by ocean currents is the Great Pacific Garbage Patch, located between Hawaii and California. The huge amounts of plastic trash accumulated there constitute a large threat to our ecosystems, economies and health.

The good news is that the hopes of ridding the world’s oceans of plastic are now coming to realisation with the use of advanced technologies. The Ocean Cleanup company deploys its $20 million system designed to clean up the 1.8 trillion pieces of trash floating in the Great Pacific Garbage Patch.

The Ocean Cleanup’s floating boom systems are estimated to clean up half of the Great Pacific Garbage Patch within the first five years. According to Ocean Cleanup, each boom is expected to catch up to 150,000 pounds of plastic per year as they float along the currents between California and Hawaii.

How the system works

The area of the Great Pacific Garbage Patch is so large that it is easily detectable from space via satellites as it covers approximately  1.6 million square kilometers and 1.8 trillion pieces of debris! This trash will be collected and trapped within a circulating ocean current, also known as gyre. This will successfully prevent the distribution of the garbage patch as the floater provides buoyancy to the system and prevents plastic from flowing over it, while the skirt stops debris from escaping underneath.

When the testing of this system is completed, it will be moved 1,400 miles to the garbage patch to begin collecting trash. This will probably happen around mid October. The floating boom system will drift along the local currents with the sole help of wind and waves, creating a U-shaped formation. Once filled, a vessel will come to collect the plastic and further transport it to land for sorting and recycling.

The company believes that the 10 feet-net is not deep enough to catch fish as they can still swim below it, although, this is something that they intend to test in the open ocean first. After fleets of systems are deployed into every ocean gyre, combined with source reduction, the Ocean Cleanup estimates that it will be able to remove 90% of ocean plastic by 2040. 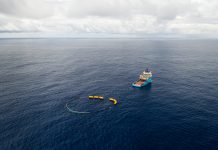 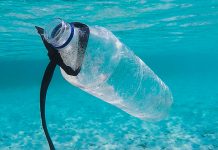 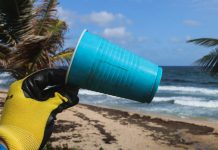 Testing the potential of additive manufacturing